Reagan Anderson, DO, is the author of Universal Death Care: A Solution for Healthcare in the Age of Entitlement. Dr. Anderson was a combat doctor in Iraq, and has since run a successful medical clinic in the U.S. He wrote this book because he is tired of profit-driven policies that don’t support American’s health. For this reason, Anderson is passionate about changing healthcare in America.

What Dr. Anderson Can Say in an Interview on
the Healthcare System:

Why You Do Not Get the
Healthcare You Deserve 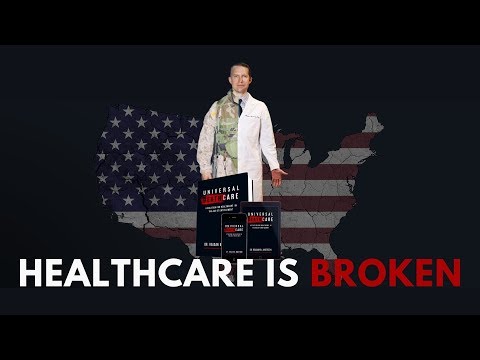 Link to Universal Death Care book site:
https://reaganbanderson.com/book/
“We need TRUTH in advertising. We need TRUTH in the media. We need HONESTY and we need to hold ourselves ACCOUNTABLE for our health, too.”   –Dr. Reagan Anderson

Reagan Anderson is an Osteopathic Doctor (DO) who specializes in general Dermatology and in Mohs Micrographic Surgery for the treatment of skin cancer. Dr. Anderson moved to Vancouver, British Columbia where he attained his Bachelor of Science and Biology from the University of British Columbia and a Master of Christian Studies degree from Regent College. Dr. Anderson was then invited to attend the founding Osteopathic Medical School, Kirksville College of Osteopathic Medicine.

Upon matriculation, Dr. Anderson was commissioned in the United States Navy where he spent the majority of his time serving the United States Marine Corps as the First Reconnaissance Battalion Surgeon. Dr. Anderson states, “Over the five years I spent in the U.S. Navy, it was my distinct honor to serve the medical needs of the military men and women of our great country. This experience, particularly my tours in Iraq where I treated U.S. and coalition military members as well as Iraqi civilians, gave me extensive experience in recognizing and treating the underlying causes of dermatologic conditions.”