Nadine Levitt is an education advocate, speaker, and the CEO & Founder of WURRLYedu, an educational technology platform. Nadine specializes in the social-emotional curriculum (SEL), and she is also the author of the children’s book, My Mama Says Inside Me Lives a Village.

What Nadine Levitt can say in an interview on
Emotional Intelligence:

Level 1: Being able to identify emotions (in yourself and others).
Level 2: Being able to process emotions separate from thought patterns and behavior.
Level 3: Being able to leverage the messages that emotions are signposting for us to create an actionable plan.

Nadine Levitt is a Swiss-born, German, Kiwi, and American thought leader, speaker, and author who is passionate about education, especially focusing on child emotional wellness, and social and emotional skill development using the Arts, and EdTech.

In 2015 she founded the technology company WURRLY, which also makes WURRLYedu—a leading music education solution being used in schools across 22 states. Nadine has authored two children´s books for social and emotional learning (Inside Me Lives a Village and Inside Me Lives a Superhero), initially developed as a tool to use with her own kids, to help them develop positive self-awareness, self-regulation skills, confidence, empathy, creativity, and self-expression. This quickly grew into a school program, with the development of a supporting curriculum and classroom resources, and toys and other children’s products that foster a healthy relationship with emotions.

As an education thought leader, Nadine Levitt gives keynote speeches around the world on the subjects of music education, social and emotional learning, and technology in classrooms. 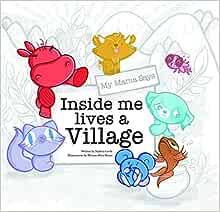 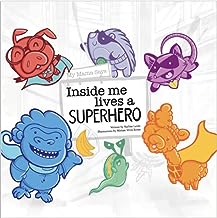