What Dara Barlin Can say in an interview on
Narcissistic Leadership:

Have you ever had a boss who you suspected to have extreme narcissism, otherwise known as Narcissistic Personality Disorder (NPD)? If so, you aren’t alone. People with NPD are drawn to positions of power, so the higher you go in the organizational leadership, the more likely you are to find them. Unfortunately, while these individuals are usually charming with powerful visions for change at first, after some time they can become paranoid that they will lose power, so they begin attacking others, manipulating facts, creating unnecessary drama, and acting out in other ways that are harmful to the team.

As a result, employees become fearful, less engaged, less confident, and much more likely to quit. Those who stay are more likely to develop mental health issues, which decreases productivity and increases liability issues for the organization.  Unfortunately, many of these individuals go undetected in organizations, because they are masters at keeping in good graces of those who are more powerful while reigning toxicity and harm on those below them.

Here are some of the reasons why people with NPD slip through the cracks and what your organization can do about it.

1) We Are Drawn to People who are Confident,
Even When They Aren’t Competent

Humans are generally attracted to people with confidence, both romantically and professionally. This trait is alluring because when someone has it, they give the impression that they actually have their act together. In this fast-changing and sometimes uncertain world, we feel safe and secure believing that someone at the helm knows what they are doing. We are anxious to put our faith in them so we can rid ourselves of fear of uncertainty and know that life will be perfect. People with NPD generally have an overabundance of confidence in themselves. Here’s the rub: Confidence does not equal competence! Research indicates that those who have developed an extremely high level of confidence are often the least equipped to lead. That’s because they assume they know all the right answers and stop listening to others or looking at alternative data points to inform their decision.

2) “Executive Presence” Is a Well-Used,
but False Predictor of Leadership Success.

One of the top qualities many leadership selection committees traditionally look for in candidates  is called “executive presence.” This is the catch-all phrase for “Does the person exude a kind of energy  that makes people want to follow?” Some people who say they hire based on their intuition, are actually just mistaking their gut instinct with a false sense of security as described in the paragraph above. While a healthy dose of genuine confidence and the ability to immediately influence others is a wonderful leadership trait, there is a slippery slope between healthy confidence and overconfidence, and very few people on selection committees are keen enough to know where the line is at any given moment. If an interview panel does not have a protocol for weeding out overconfidence, they are more likely to choose the candidates who are overconfident, and therefore more likely to choose candidates with NPD. Additionally, this issue creates bias because women tend to present with less executive presence than men, even though research suggests they are more suited for leadership positions.

3)  Organizational Talent Pool Is Diminished
Because of Perceptions of Leadership

Many extremely talented employees don’t apply for leadership positions because they characterize senior leadership opportunities as “self-centered, showy, and arrogant.” People with more of a gentle-oriented approach tend to shudder at the thought of being perceived in this way, so they stay in their current roles rather than try for more influential positions. The irony is that, according to research, these individuals are more likely to use a Human-Centered Leadership approach, which de-emphasizes ego and focuses on building high-performing team culture, which enables them to be extremely effective leaders producing much better outcomes for organizations.

Rather than relying on old-school metrics of leadership potential and letting bias seep through hiring decisions, encourage candidate selection committees to focus on emotional intelligence more than executive presence. For example, ask questions that have candidates reflect on how they respond to employees who are not pulling their weight. Do they use a coaching mentality to get the employee back on track, or do they have a “command and control” approach that focuses on punishment and degradation?  Or, ask them to talk about a time they were wrong and see how they respond. (People with NPD have trouble admitting they are ever wrong and are quick to blame others.) Make sure to ask for specific examples though, as severe narcissists are great at offering perfect answers. The examples will tell you whether or not they walk their talk. But don’t just focus on verbal questions. In addition, ask candidates to engage in performance tasks (with names stripped) so you can see the results of the actual work. This will focus the candidate selection team on who is most competent rather than succumbing to the urge to hire those who present the most confidence and can talk a good game.

Instead of waiting to see who applies (which is rampant among people hungry to climb the organizational ladder), consider pro-actively reaching out to those who are smart, great at their job, AND who have strong emotional intelligence. Research is clear that these people will be your best leaders. In fact, 91% of hiring managers now report that they look for EQ (Emotional Quotient/intelligence) even more than IQ and technical skills. If you are unsure who has emotional intelligence, just look for employees who: are effective communicators, empower those around them, create inclusive environments, build bridges across those in conflict, facilitate groups (and group decision-making) well, and pitch in for others quickly when things are going wrong no matter how low-level the task. Don’t just encourage them to apply though. Take the extra step of letting them know you value their leadership approach and that the organization will benefit by having their leadership style modeled for others to learn from. This will help counter the idea that one has to be arrogant to be a leader and open the candidate pool up to find gems that were never on the radar screen.

It’s true that many of our world’s greatest accomplishments have been achieved by known narcissists from Napoléon Bonaparte to Mark Zuckerberg. And some narcissistic tendencies can indeed be an asset when trying to make big changes in the world. However, if an organization wishes to decrease its liability and increase the potential to ensure all employees feel empowered and inspired to do their best work, it’s time to take proactive measures to hire those with true leadership capacities (and stop getting excited about people who are only excited about themselves). 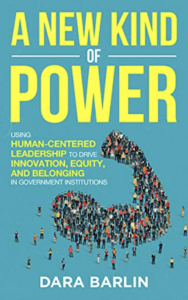